For the past few years, I have been working on two comic book projects: Checkmate and Ophiuchi Fratres.

Checkmate is a contemporary mystery/crime story based on Twin Peaks, the famous 1990s TV series by David Lynch. As a prequel, Checkmate tells the backstory of FBI Special Agent Dale Cooper four years prior to the events depicted in seasons 1 and 2 of Twin Peaks. Three volumes have been published online, and after a hiatus (due to starting a new life in Berlin and working on other projects), I hope to be able to resume updates soon.

Below are just a few pages of the comic. You can read the entire story on the Checkmate website: http://checkmate.thecomicseries.com/ 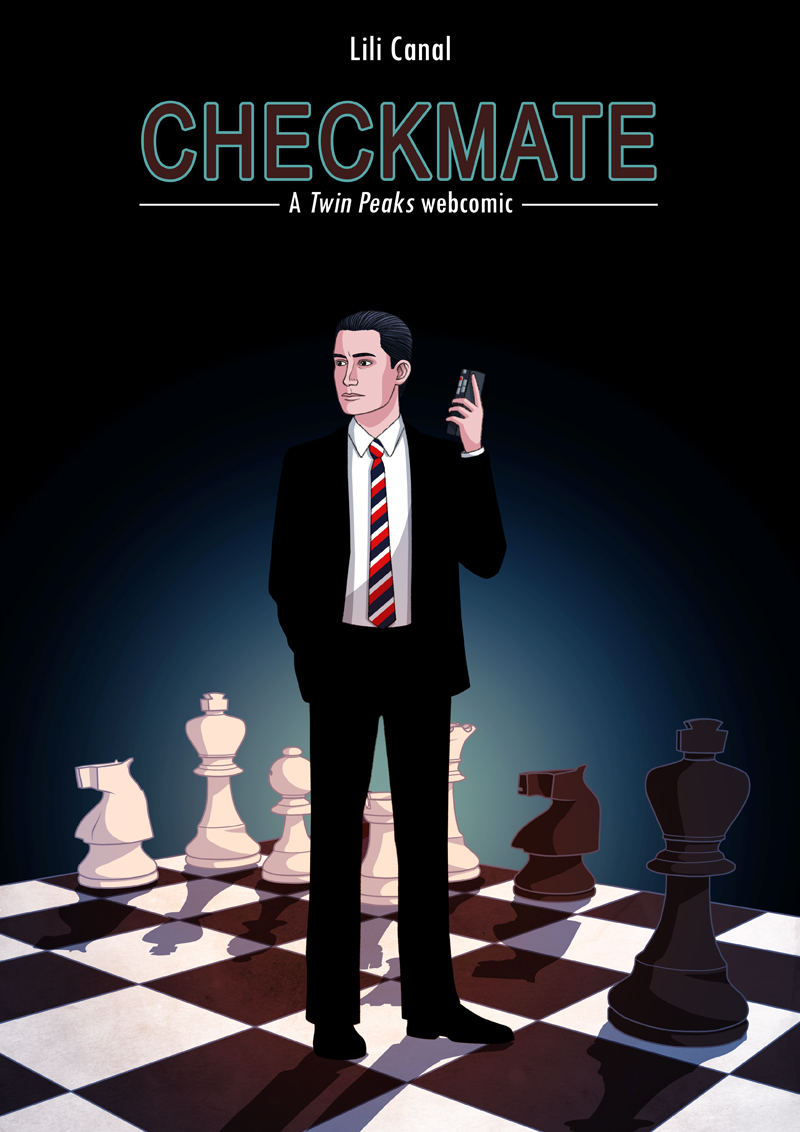 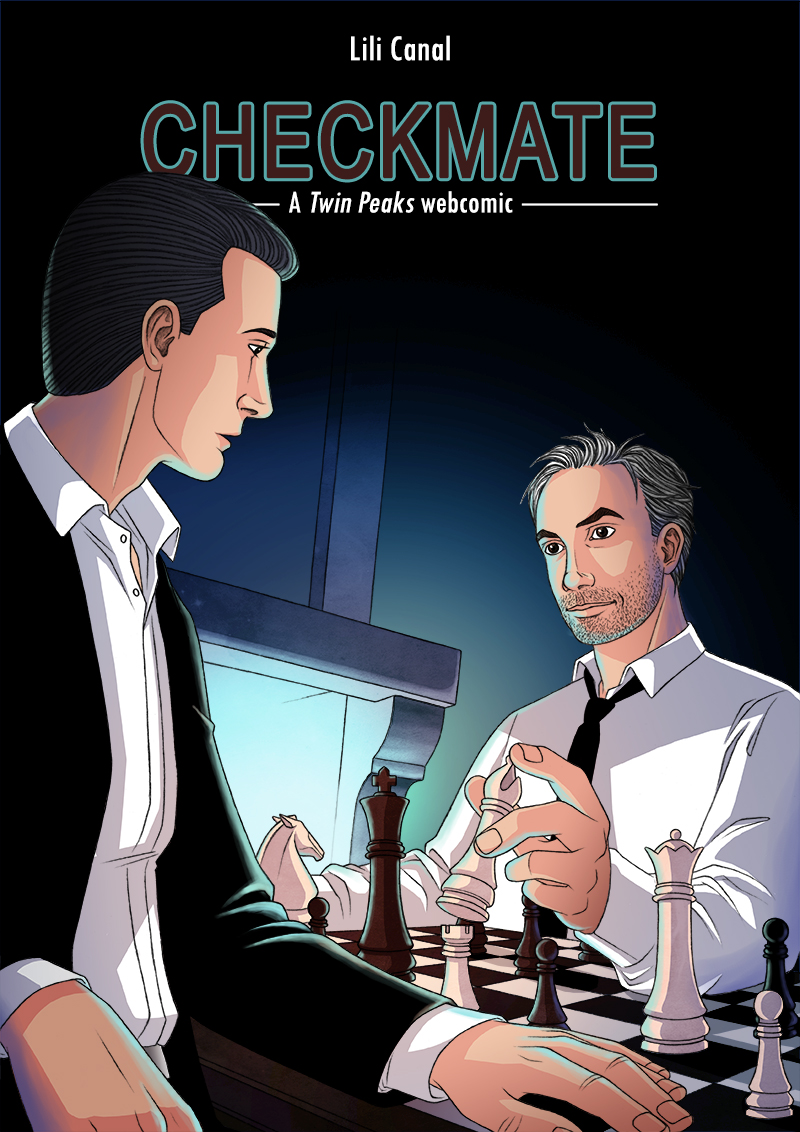 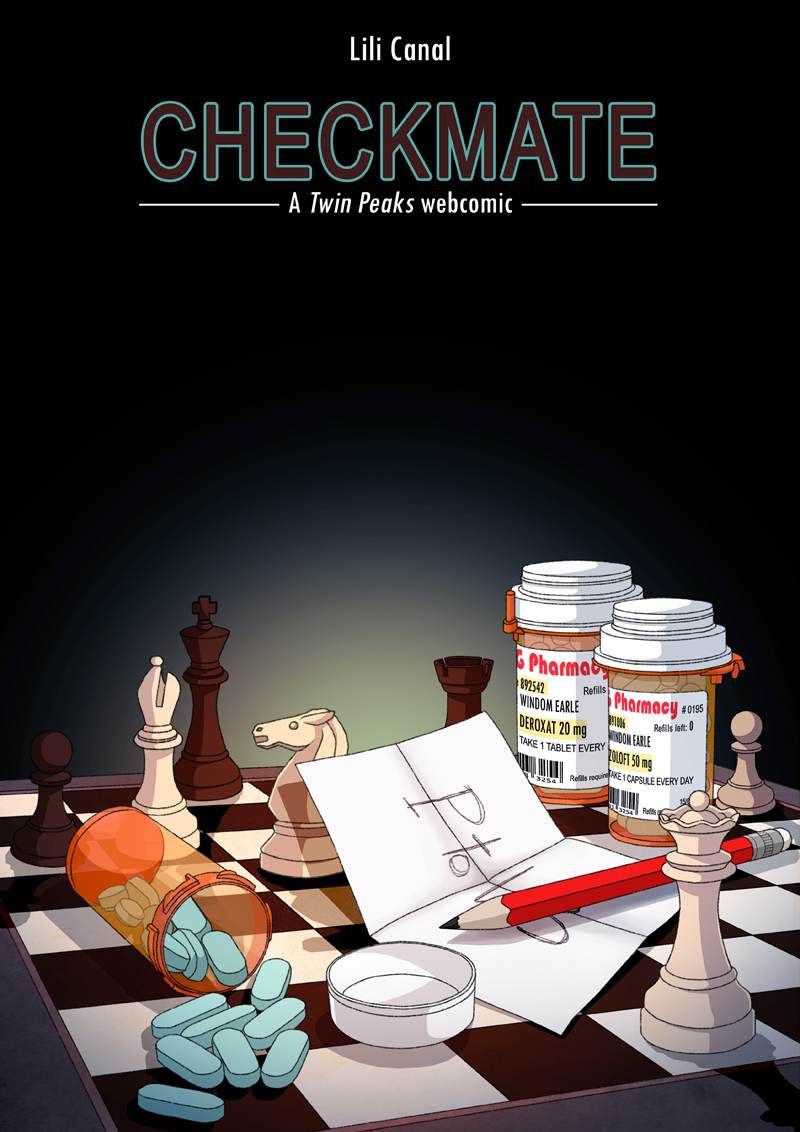 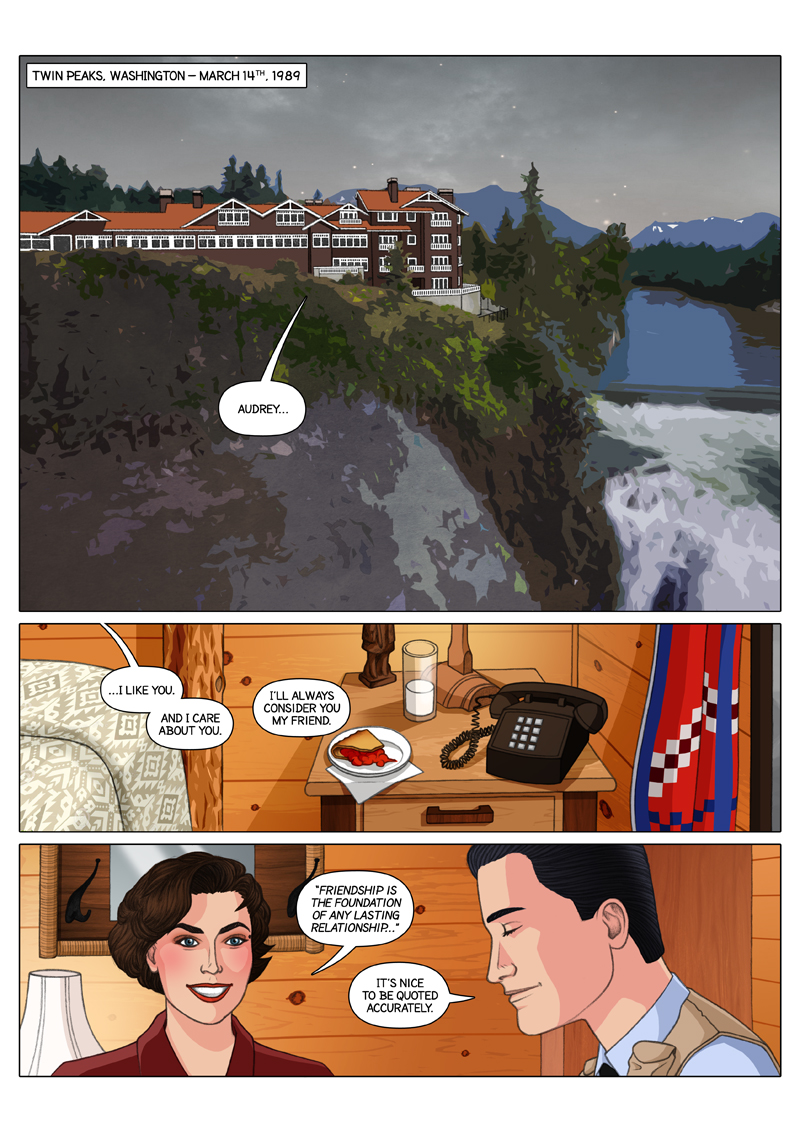 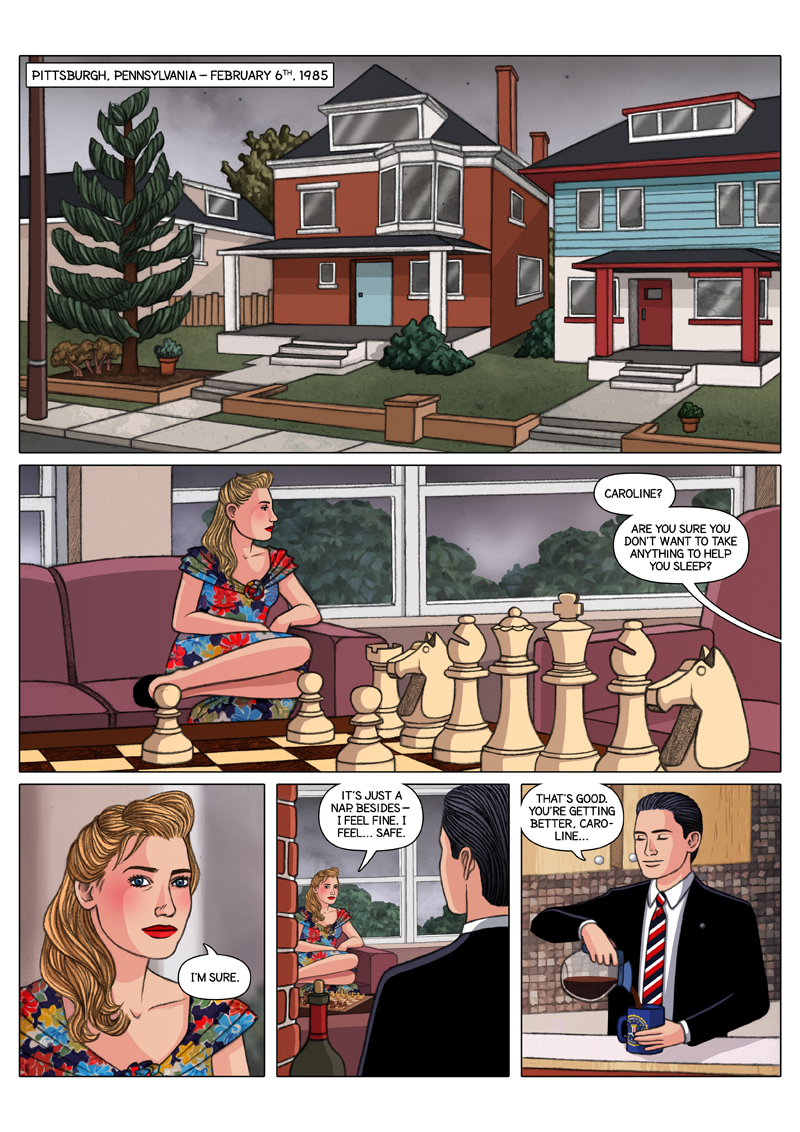 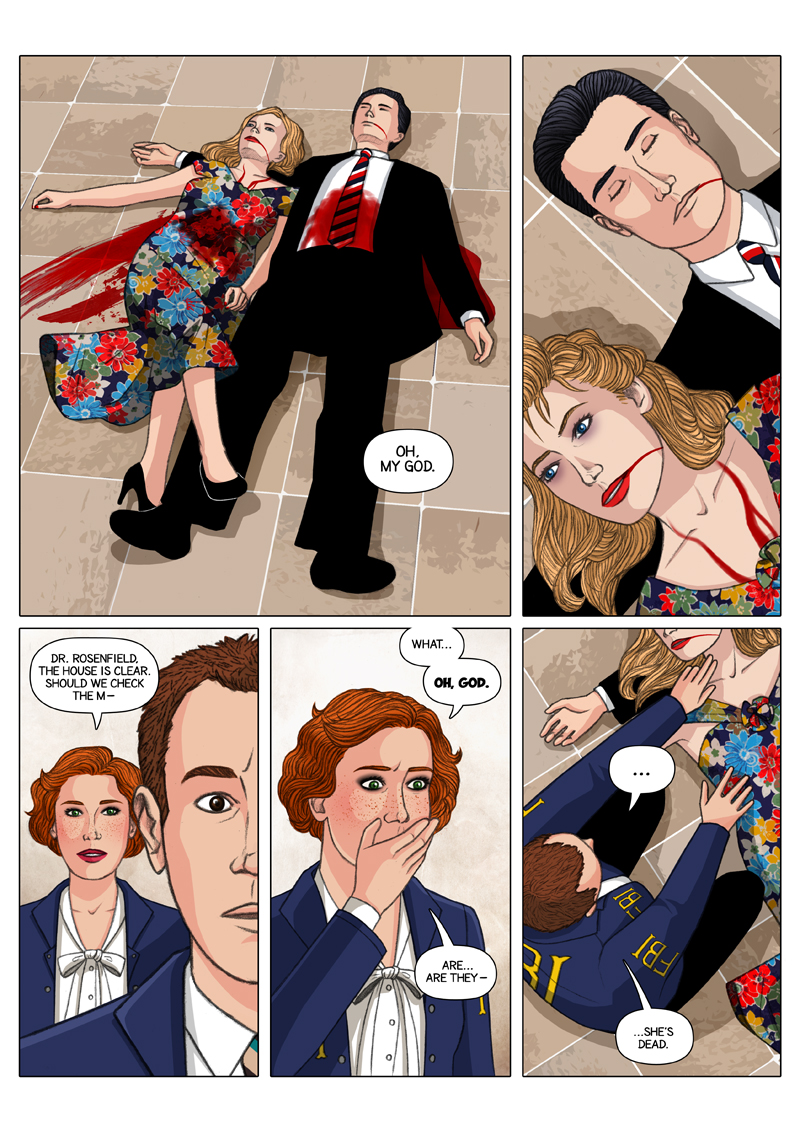 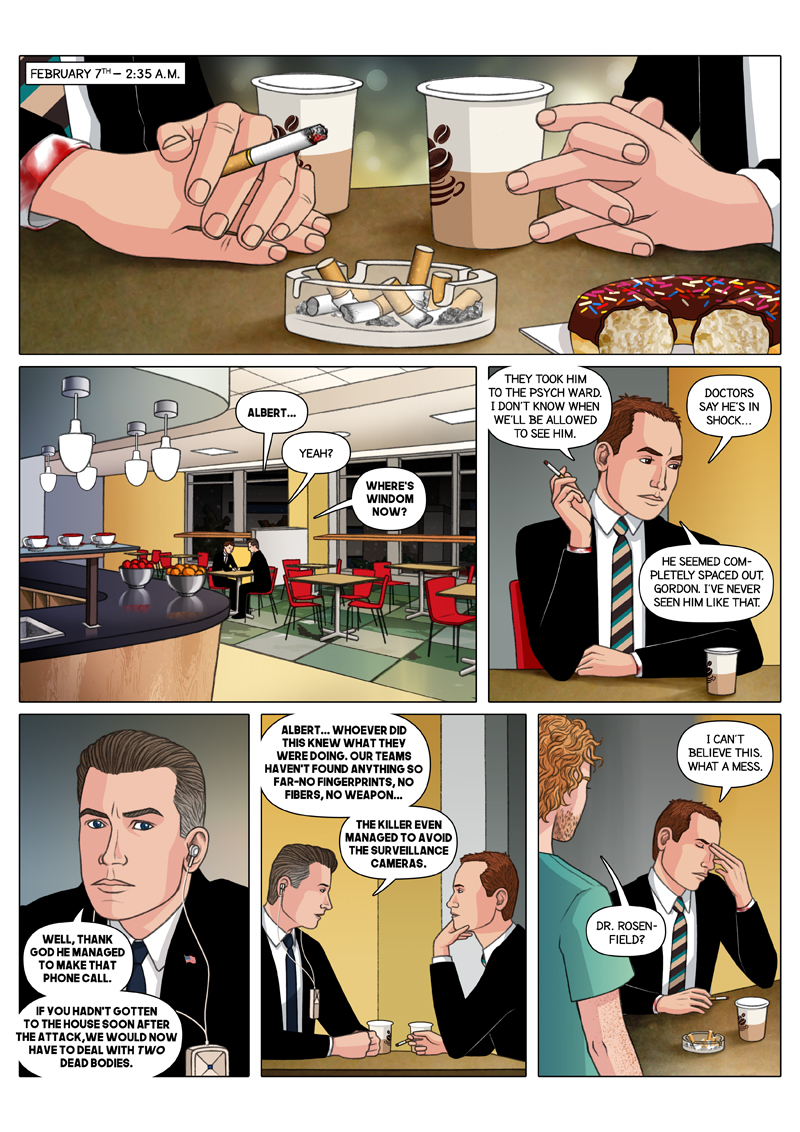 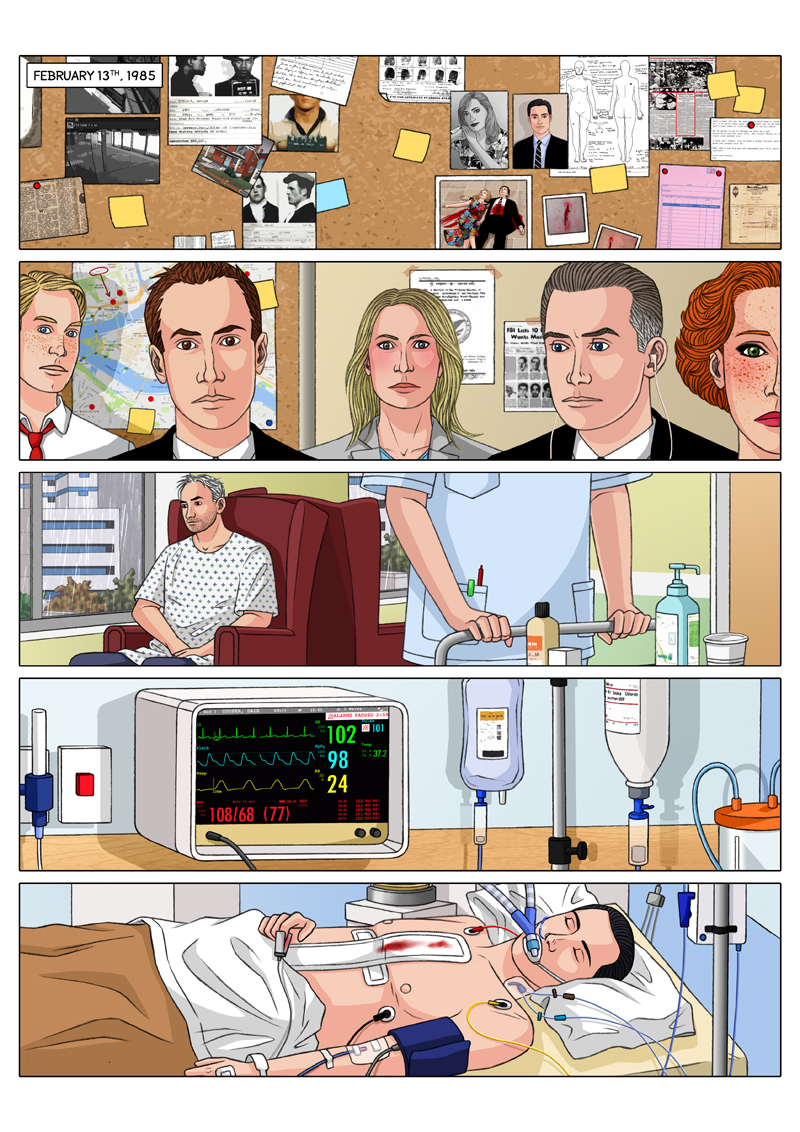 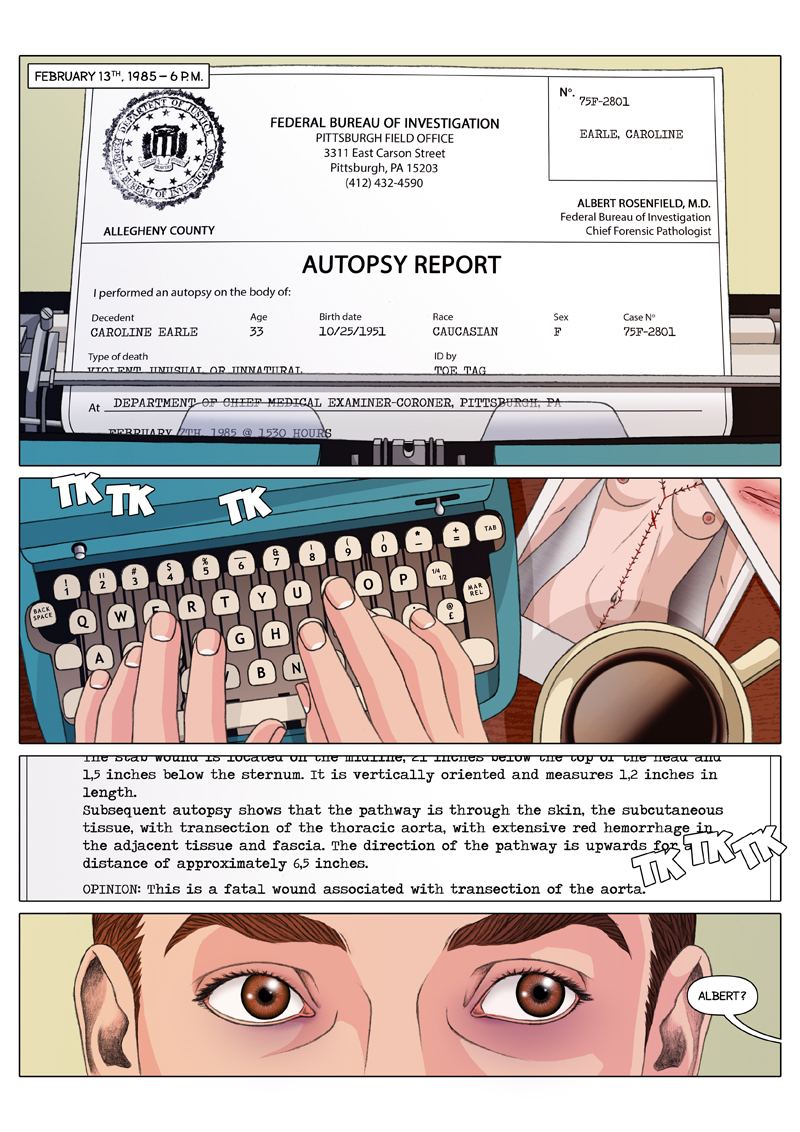 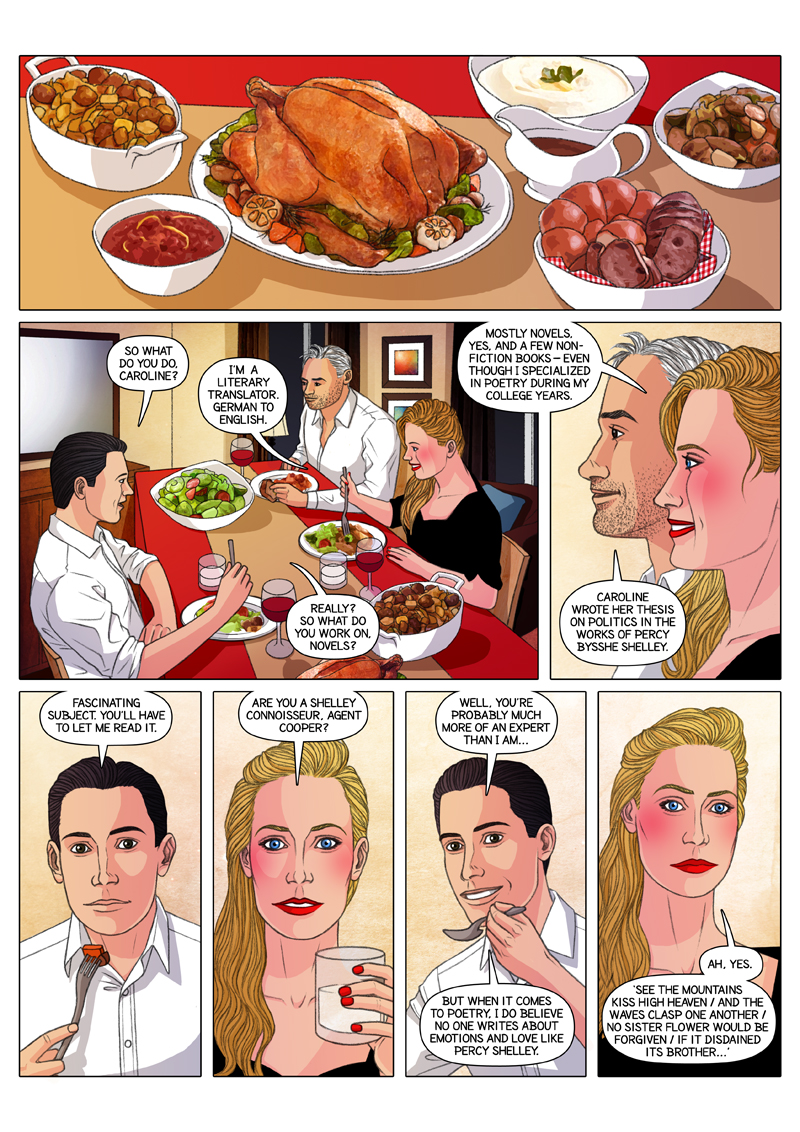 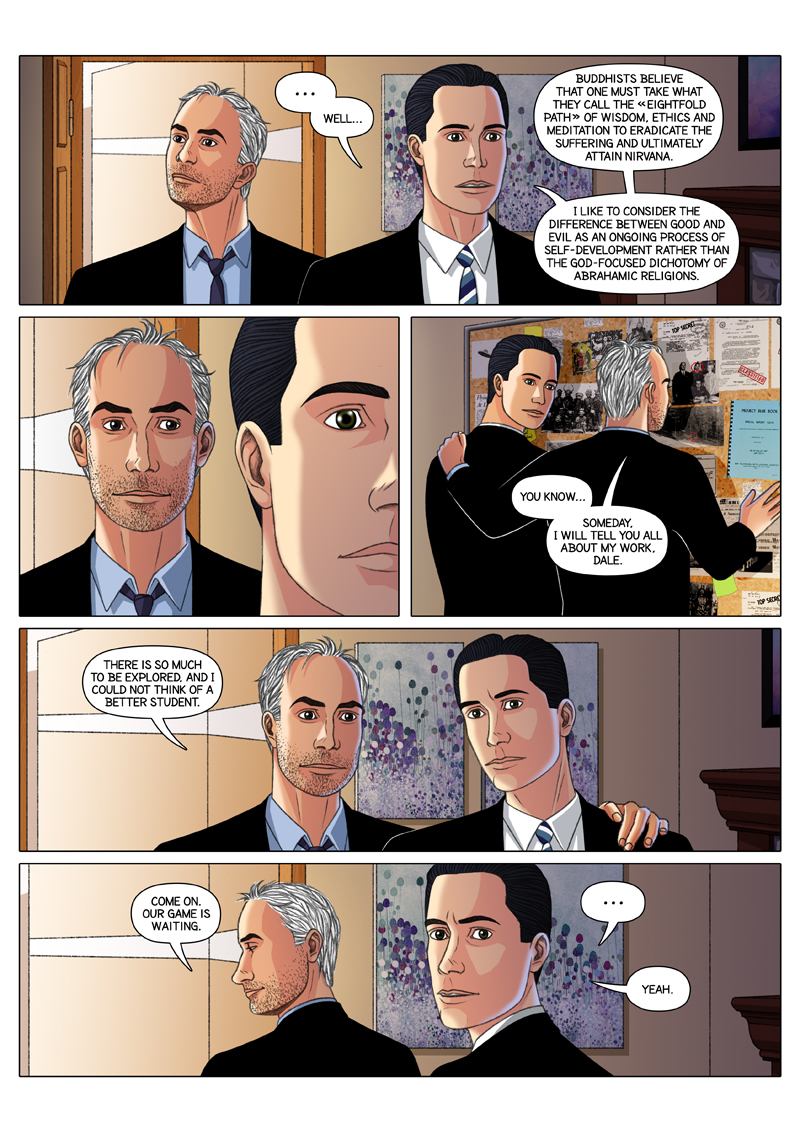 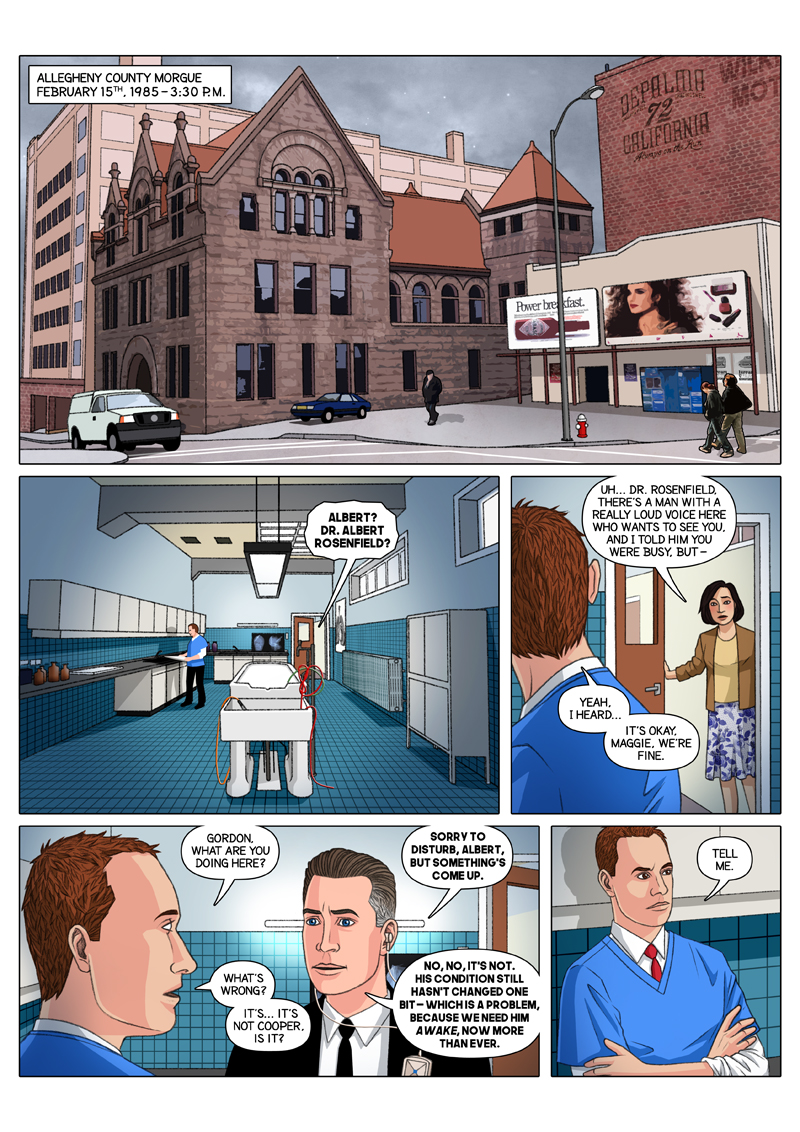 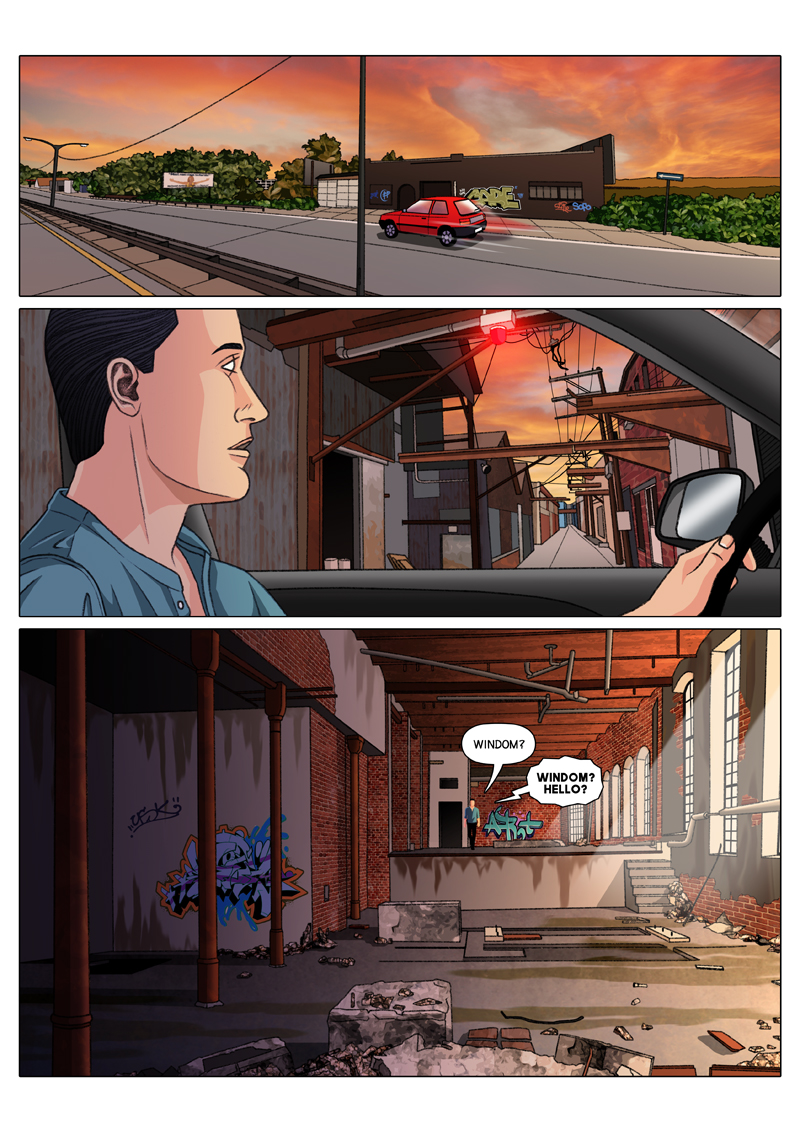 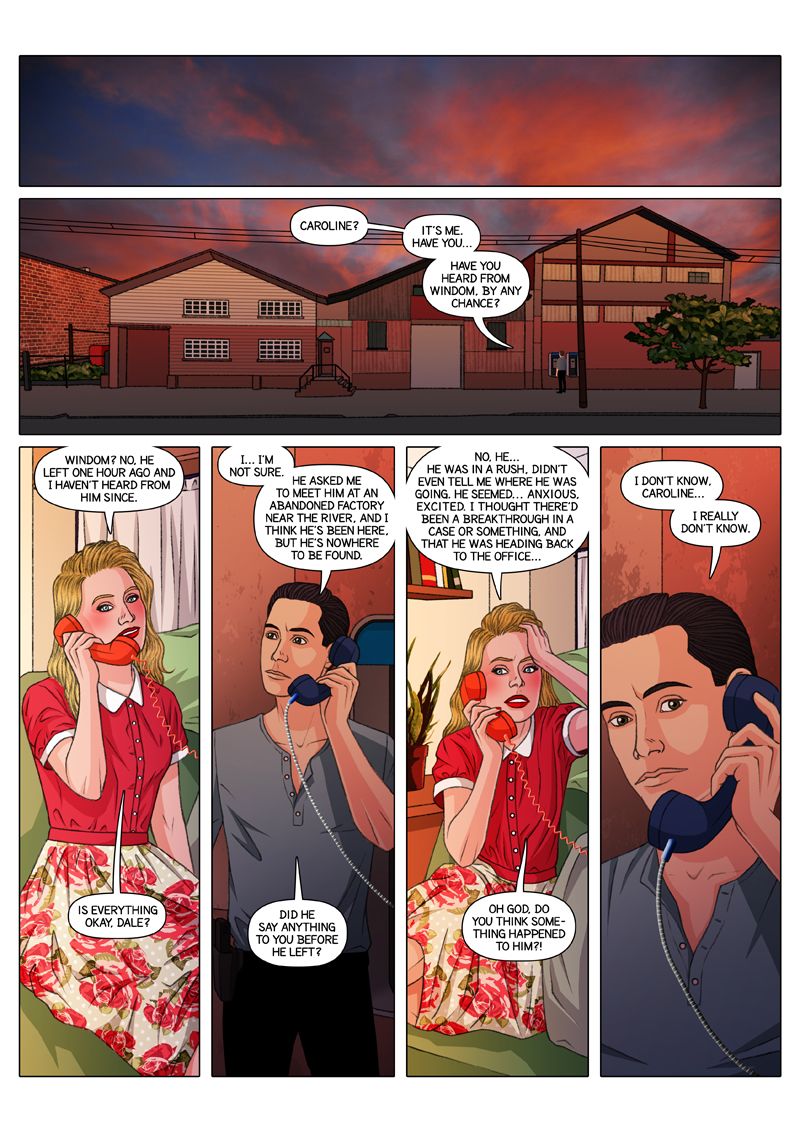 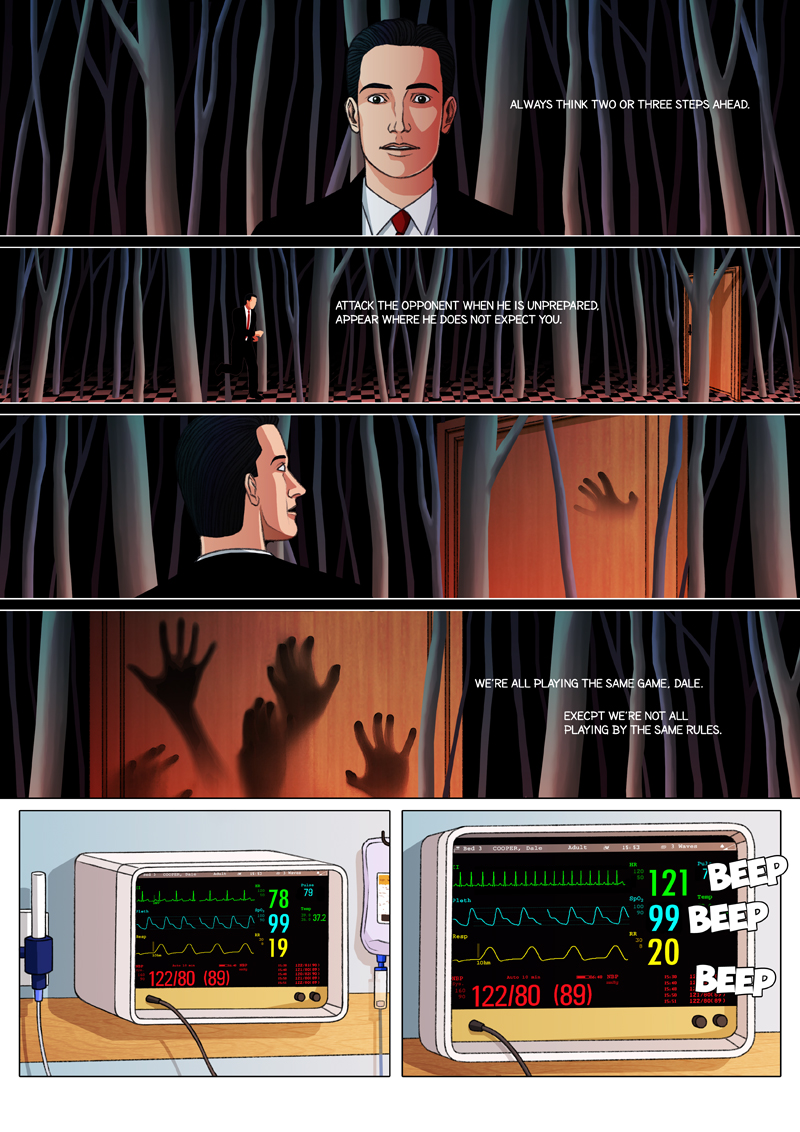